We All Want to Be Loved

A love story loosely based on true events

“STUCK PAGES is a trilogy representing the journey of a heartbreaker who never intended to be what he ultimately becomes.

It is sex, lies and videotape set to the backdrop of some of Hip-Hop/R&B’s greatest moments.

Get Your Copies Today! 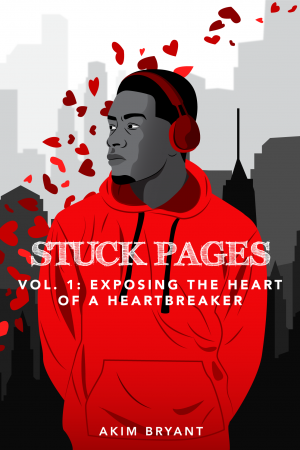 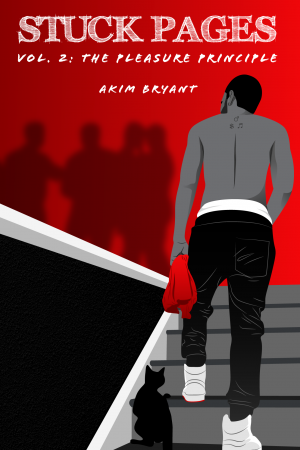 I want to thank God for guiding me through this endless journey of self-discovery.

This semi-fictional series has taught me so much about myself. Unwittingly, I chronicled the growth of my broken heart as it healed, all the while exposing my flaws, fears and self-doubts.

The protagonist exhibited in this story embodies the spirit I once thought was necessary for survival. However, that spirit in turn broke other people’s hearts. I believe we all have developed these patterns that are hurting us as well as the people around us. Until we face that truth, we can’t break the cycle.

In volume 1 of this series, Quincy expressed his desire to start life over again, attempting to correct the mistakes of his past. Volume 2 is a lesson in him beginning to let go of the past. It’s a lesson about unfair expectations such as an unwillingness to accept the fact that the past cannot be changed or expecting any potential future to be void of any pain.

Life in fact is sometimes painful, but everything we could ever need to cope is right here in the present (like love, family and support). It’s about being the best version of ourselves in the here and now. It took me half a lifetime to realize it and still I have to keep reminding myself on a daily basis.

Please join me on this journey to end the pattern of self-inflicted pain and suffering by way of some great storytelling. I need you.

We need each other to share the wisdom of life, especially us Black gay men who are caught up in between two communities that don’t always value our worth.

Open your hearts and minds to the possibility that the suffering in isolation can end. Be patient and practice self-love because we are human(e). Love is love. God is love. 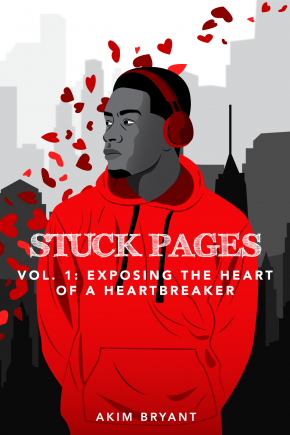 If I Ever Fall In Love

Is It A Crime

Do You Know (What You’re Missing)

Tell Me If You Still Care

Never As Good As The First Time

The Boy Is Mine

Superstar / Until You Come Back to Me

I Can’t Face the Music

Turn Your Lights Down 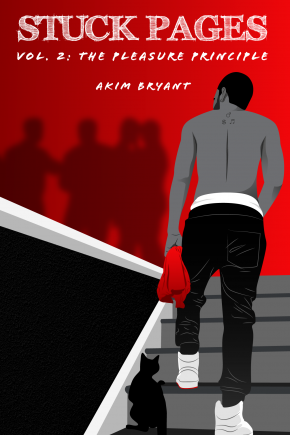 What’s Love Got To Do With It

Just Be Good To Me

If Your Heart Isn’t In It

Will You Be Ok?

Are You Lonely For Me

What You Won’t Do For Love

My Ode to R&B: The Playlists 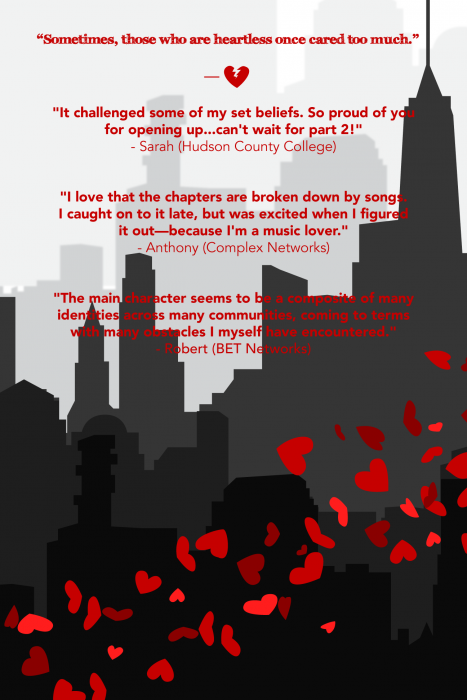 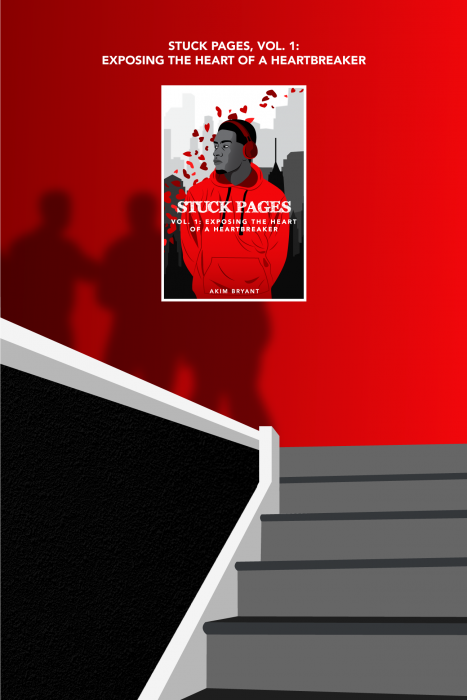 Like a brother was how I always described Russell Sims. From day one, we hit it off like we’ve known each other our entire lives.

He was the one who encouraged me to approach and stay in touch with WUGH-PD Sean Wilkinson for the internship I eventually achieved.

Night fell on that following Saturday and I was running late.

Mitch already called once to let me know that he would be browsing some stores on 34th Street until I got dressed and met up with him.

The cab was on its way to drop me off at the train station. I stood outside to wait. In the blink of an eye, I saw a shadowy figure in the...
Read More

Once a star falls out of sight, I return to that beacon of light for a replacement. I don’t want to see what’s in front of me. Facing my reality is a challenge, so I keep wishing on the stars. Maybe one of them will be granted....
Read More

"Player Not The Game"

She's going to meet her first-born grandchild. It's as if it's the one parting gift that Larry wanted us to have. His spirit is still alive in another form.

New Jersey native, Akim Bryant has reached a point in his life where he is ready to share the truth of his story.

His new book, Stuck Pages Vol. 1: Exposing the Heart of a Heartbreaker (Lulu.com, March 2015), aims to illustrate what it means to be a gay, black man in the 21st Century.

The debut novel reminds readers that love is love, no matter who the subject is.

“It all boils down to the fact that we all want to be loved, we are all seeking love and love is the same across the board,” Akim notes.

At 18, Akim interned for Perfect Pair Recording Studios in his hometown of East Orange, New Jersey, where he witnessed recording sessions by hip-hop legend Naughty-By-Nature and their R&B protégé Next.

Just months before college graduation, Akim landed his next internship at Music Choice, a digital cable network of more than 50 music channels. Through the years, he was promoted and programmed the R&B suite of channels.

In addition to his talent booking duties, he also hosted a number of internal music meetings with artists including Seal, Brian McKnight, Elle Varner and Keri Hilson.

In 2007, Akim got his first writing gig crafting album reviews for soultracks.com. That same year, he was appointed lifestyle editor for Bleu magazine. Akim has also written for The Source and The Advocate magazines. He has done numerous in-depth interviews with artists such as Jasmine Sullivan, Evelyn Champagne King and Tank for the online portal soulmusic.com.

When Akim realized his passion for writing cannot be denied, he dove head-first into his novel. Although, he did hold back on releasing the first volume of Stuck Pages, unsure of what the public reaction would be. Ultimately, keeping true to his faith, Akim knew that his novel was too important not to share, and Stuck Pages Vol. 1: Exposing the Heart of a Heartbreaker was released in March 2015, by independent publisher Lulu.com.

The Stuck Pages series is the coming-of-age and coming-out journey of a heart-broken heartbreaker, Quincy Simmons, who graduates college and gets a dream job in the music industry, only to realize the life he has may not be the life he really wanted. Stuck Pages is a snapshot into the life and times of a young Black gay man in the early 2000s who is a hopeless romantic in a rather hopeless place.

“The series is a fresh perspective on my lifestyle. What I wanted to show is the complete view of being a young gay, Black man, from family life, to friends, to career. I show Quincy in a 360 degree way, so people can get past the stereotypes,” said Akim.

In Stuck Pages, Vol. 2: The Pleasure Principle, Quincy Simmons makes a major shift in his life after falling in and out of love over and over again. He doesn’t quite know who to trust anymore, which leads him to further search for truth in the men, the music, and the money surrounding him.

Stuck Pages V.2 is based on Sigmund Freud’s pleasure principle theory as well as the song by the same name. It finds Quincy turning his back on real love. Yet, he’s not really aware of it. Someone is bound to get hurt and Quincy is no exception.

Stuck Pages, Vol. 3: How Can You Mend A Broken Heart is currently in production and will represent the final phase of the trilogy, allowing Akim to further spread his wings as an author. It’s in his plans to then release a mystery novel followed by a science-fiction series. Music has helped to shape Akim’s voice as a writer and now, more than ever, he’s gaining the courage to express that voice all around the world.

(Akim Bryant is currently Head of R&B Programming at Pandora.)

READ A FEW OF OUR READER REVIEWS

I have never read anything that I’ve related to this much. Stuck Pages is a must read for all young black gay men trying to find themselves. 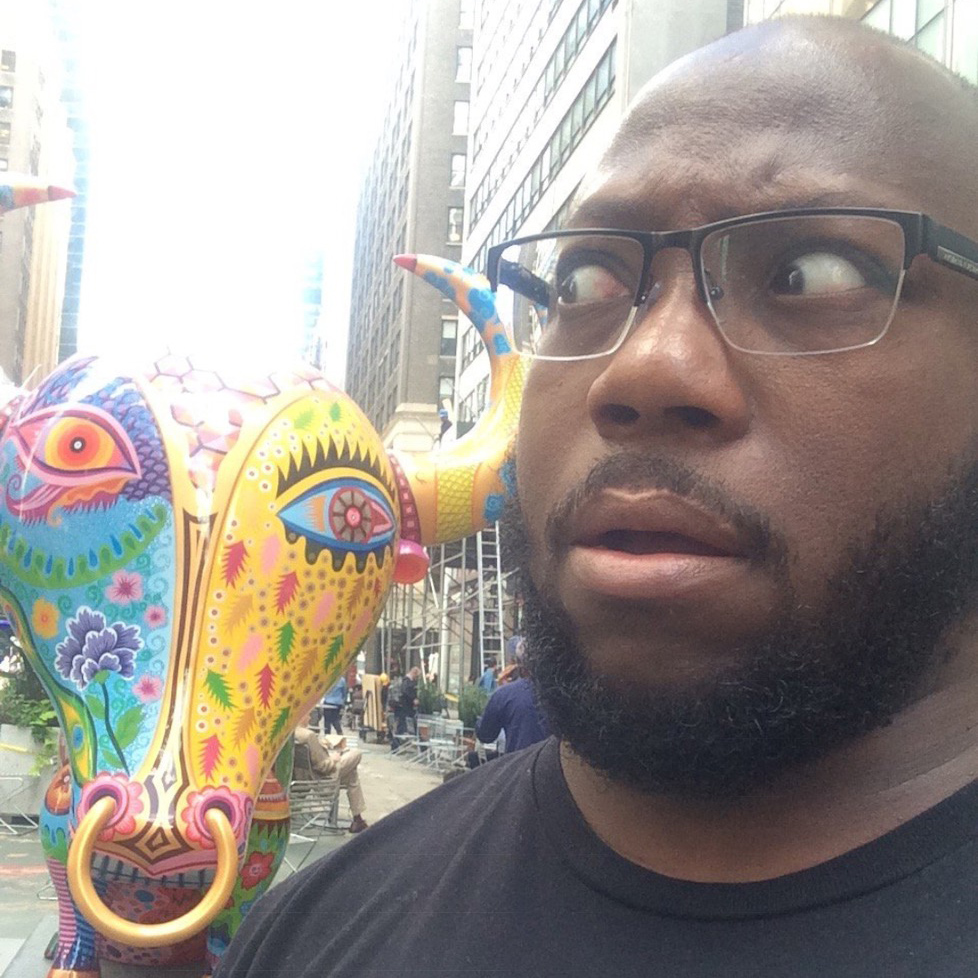 Shawn C.Brooklyn, NY
As a woman, I loved Quincy’s relationship with his best friend Karyn. I saw a lot of myself in Karyn. 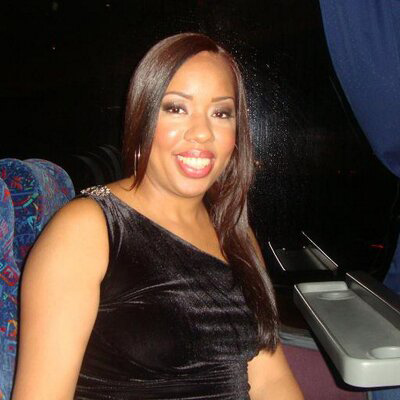 Jasmin “Mecca” T. Harlem, NY
I am so proud of this author. He captured a moment in time that doesn’t get enough attention. 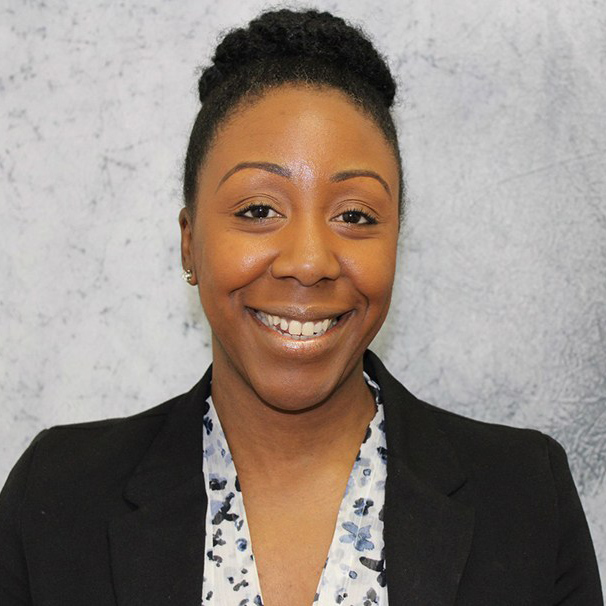 Devon W.Brooklyn, NY
I related to this story a lot. I’ve lived it and Stuck Pages reminded me of all those good times. 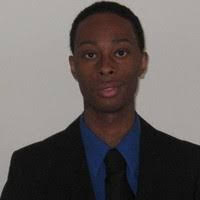 Chris DJersey City, NJ
My son did a great job writing this book and I’m very happy to see him live out his dream.

Mary B.East Orange, NJ
Loved the book. No joke loved it. Definitely had me involved like crazy and I absolutely hate Kevin, Brian is selfish, Roman is selfish too. However, I kind of wish the ending wasn’t rushed a bit. Left me sitting there like WHATTTTTTTTTTTTTTTT?!? Otherwise, I’m here for the next book. 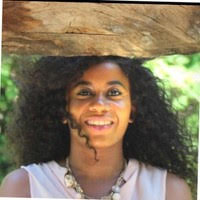 Get In Touch With Us

Need to reach us for comments or questions?

Feel free to use our contact form. You can also reach out to us on social media or via email using the information below.

Send Us a Message

Get Your Copies Of Stuck Pages Today!